The Most Famous Study Bible of Them All:

[Originally written for Protestants for the Common Good in 2012.]

Whether counted by sales, by persistent devotion of readers, or by longevity in print, Scofield’s Reference Bible is undoubtedly the most famous—and infamous—study Bible in all of Protestantism.  This now hundred-year-old Reference Bible became a trademark of Fundamentalist Orthodoxy, and made John Nelson Darby’s Dispensationalism the principal guide to Bible prophecy.
Contents of the Review
The Movement
The Man
Editions of the Scofield Bible
General Character of Scofield’s Bible
Features of the Bible
Additions in the 1917 Edition
The Dispensations
Scofield’s Legacy
Conclusion
The printed Bible came to the English-speaking world in stages:
Among extravagant but serious claims for Scofield’s Bible is this:  “Historically speaking, The Scofield Reference Bible was to dispensationalism what Luther’s Ninety-Five Theses  was to Lutheranism, or Calvin’s Institutes to Calvinism.”  (R. Todd Mangum and Mark S. Sweetnam, The Scofield Bible:  Its History and Impact on the , Paternoster, 2009, p. 195.  NOTE:  This book will be cited below simply as Mangum & Sweetnam.)
Progressive Christians, who may fear or despise what the Scofield Bible represents, may still benefit from some awareness of its history and character.  It has truly been a historic phenomenon in the religiousness of our time; and, it is the Bible that the majority of our neighbors—whom we are summoned to love—have been reading.  Thus it is included in this series of study Bible reviews.
The Movement
Between the Civil War and World War I, American Protestants gradually divided between modernists and fundamentalists—divided over Darwinian evolution and higher criticism of the Bible.  The higher criticism conflict reached a symbolic climax in the heresy trials of Charles A. Briggs by the New York Presbytery (1892) and the General Assembly of the Presbyterian Church (1893), with the result that Briggs was dismissed from the Presbyterian Church.  http://en.wikipedia.org/wiki/Charles_Augustus_Briggs .  The evolution conflict reached a climax later (1925), in the Scopes trial in , from which Fundamentalism came away in some disrepute, particularly because of H. L. Mencken’s press coverage of the trial.  http://en.wikipedia.org/wiki/Scopes_Trial .
In the early period, conservatives (fundamentalists to be) gathered especially at the annual Bible Conferences (1878-1901) for study of Bible prophecy.  In later decades, this movement gradually shifted into Bible institutes (like Moody Bible Institute, 1886) and colleges (like of the Bible, 1914. which Cyrus Scofield helped to found).
A whole ethos of Bible study was developed in these circles.
The prophetic teachers regarded their approach as a popular one.  The literalistic approach, they maintained, was simply that of common sense.... Although fundamentalists emphasized that it was scientific, they never regarded their scheme of Biblical interpretation as esoteric.... Fundamentalism did not develop in seminaries, but in Bible conferences, Bible schools, and, perhaps most importantly, on the personal level of small Bible-study groups where the prophetic truths could be made plain.  (George M. Marsden, Fundamentalism and American Culture, New ed., , 2006 [1st ed. 1980], pp. 61-62.)
It was to promote and facilitate such individual Bible study that Cyrus I. Scofield developed his Reference Bible.
The Scofield Reference Bible originated in part from Scofield’s becoming  converted relatively late in life and his becoming a preacher and minister charged with learning the content and meaning of the Bible mostly through self study.  He designed his study Bible to be a tool for others needing or desiring to be likewise self-taught in the content and meaning of the Bible.  (Mangum & Sweetnam, p. 76.)
The Man
So, what of the man who created this notorious study Bible?  After he became famous, Scofield symbolized a religious position that made him both devoutly admired and seriously hated.  A highly laudatory biography was published at the end of his life by Charles Trumbull, a pupil and friend, and other works of praise followed.  Some decades later, however, a writer named Joseph Canfield searched records far and wide in order to write a biography “designed to destroy the reputation of Scofield and his Bible alike” (Mangum & Sweetnam, pp. 2-3, with full references there).  This partly hearsay negative material is still being retailed by current critics (for example, Ben Witherington , The Problem with Evangelical Theology, Baylor University Press, 2005, p. 95).  More balanced presentations are available in two recent biographical sketches of Scofield, one in Mangum & Sweetnam, “Cyrus Ingerson Scofield:  A Controversial Life,” pp. 7-52, the other more briefly in the current Wikipedia article on Scofield http://en.wikipedia.org/wiki/C._I._Scofield .

Here are selected highlights (and lowlights) of his life. 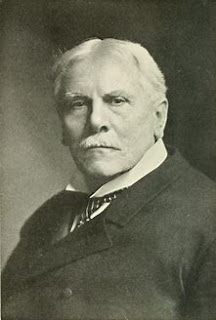 Early Life.  Scofield was born in 1843 in Michigan, the last of seven children, his mother dying in his infancy.  His father raised him in a intellectual atmosphere, but died in Cyrus’ mid teens.  He was taken south to live with an older sister, and served a year in the Confederate army while he was still in his teens (1861-62).  After the war he migrated to where he received a lawyer’s training and married a woman from a well-to-do French Catholic family.
In 1869 he moved to , and became involved in the politics of that state.  In 1873 he received, as a political favor, appointment as U.S. District Attorney for .  Political scandals came to light (this was the second administration of U.S. Grant, notorious for its corruption) involving influence, bribery, and possibly forgery.  Scofield had become a heavy drinker in these busy years, further complicating his life.  He was removed from office, may have served some jail time (the records are vague), and spiraled downward in both his professional and personal life.   He was separated from his wife and two daughters in these years.  (The marriage was eventually annulled, 1883.  The two daughters never married, but Scofield wrote them occasionally in later years.  Right after the divorce he married a church member in his new location in , and had a son by that marriage.)
Born Again.  Scofield hit bottom in 1879, when he accepted Jesus as his Savior.  Both in his personal life and in his later theology he was a born-again believer.  The two parts of his life were radically separated by his conversion.  For him, the sharp break between the dispensations of Law and Grace was deeply rooted in personal experience.  (On this grace in Scofield’s theology, see Mangum & Sweetnam, pp. 90-91.)
In his new life he was mentored by the Reverend James H. Brookes, pastor of a Southern Presbyterian church in .  Brookes was an enthusiastic follower of John Nelson Darby’s newly spreading Dispensationalism, and that view of the end times was included in Scofield’s introduction to the glories and mysteries of Biblical truth.  (Scofield never attended a seminary.)
By 1882, Scofield had become a candidate for the ministry in a Congregationalist Association in , and after approval was sent to a struggling church in .  A man of ability and leadership, he increased the First Congregational Church of Dallas from twelve to eight hundred members in fourteen years (1882-1896).  Scofield’s leadership extended beyond his own church to community work with the poor, to work with missionary groups both domestic and Central American, and to participation in Bible conferences, especially on prophecy.  He became a frequent conference speaker on the dispensationalist circuits.
The Reference Bible.  Scofield’s main writing in these years was a preview of the theology that would be embodied in the Reference Bible:  Rightly Dividing the Word of Truth, published in 1896 (online:  http://www.biblebelievers.com/scofield/index.html ).  Dwight L. Moody’s home church in , picked Scofield to succeed the old champion of Evangelical revivalism, and Scofield moved there in 1895.  His circle of Bible prophecy friends encouraged his idea to create a study Bible, and in 1903 he resigned most of his major positions in order to give the bulk of his time to work on the Reference Bible, including travel to to consult sympathetic allies there.
While in Scofield was also searching for a publisher, and he was put in touch with Henry Frowde of Oxford University Press who was far-sighted enough to go for the idea of the Reference Bible.  He directed the American head of OUP, John Armstrong, to carry on the project in —thus securing what would eventually become ’s first million-copy title, though it took 20 years.  The first edition was published in 1909, with extraordinary sales following.  (The records of the Oxford Press for the relevant years were destroyed by fire, and only generalities are known about the sales of the Reference Bible in the early decades.)
Last Years.  Scofield retired to Long Island, New York, and worked on a revision of the Reference Bible (the “New and Improved Edition,”) eventually published in 1917—the edition now commonly known as the “Old Scofield Bible.”  He helped establish the Philadelphia College of the Bible (1914), which carried on his legacy until recently as the Philadelphia Biblical University.  A sign that the old Scofield legacy may be fading is the name change in 2012 to Cairn University.
http://en.wikipedia.org/wiki/Cairn_University

Along the same lines, but a little later, one of his disciples in Texas, Lewis Sperry Chafer, institutionalized Scofield’s legacy there by founding (1924) the Dallas Theological Seminary, which in two decades became a kind of Mecca of Dispensationalism.  (See the Seminary’s Doctrinal Statement, particularly Article V on Dispensations:  https://www.dts.edu/about/what-we-believe/doctrinal-statement/ .)