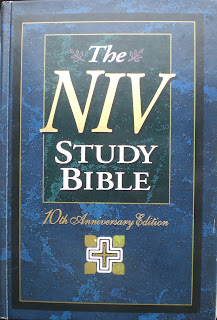 Nothing has been said so far about Zondervan, the publishing house greatly enriched by the success of the NIV and the NIV Study Bible.  The NIV is by far the best-selling Bible in the English-speaking world, and apparently the NIV Study Bible—now 25 years old—is the best-selling study bible.  However great their rewards, they have consistently turned out a quality product and served their public very well.