The Jewish Study Bible:
A Modern Reading of the Ancient Scriptures
[Written in 2011, for Protestants for the Common Good.]
Judaism has had its Rabbinic Study Bible since the second generation of printing in Europe (1516).  Most recently, for English-language readers, The Jewish Study Bible presents the Jewish Scriptures as the product of Israelite times but also as reverently set in the long history of Jewish life and liturgy. 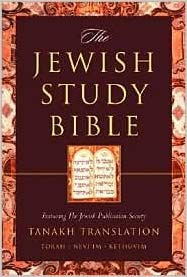 Outline of the Review
From Hebrew to English
Earlier Study Bibles:  Hertz
Cohen
Plaut
The New JPS Version
The Jewish Study Bible (2004)
Marc Brettler
Adele Berlin
Goals of the Study Bible
Contents
Arrangement of the Biblical Books
Transitional Introductions
The Biblical Books
The Contributors and the Books
The Essays
The Ages of Jewish Interpretation
The Bible in Jewish Life and Thought
Biblical Backgrounds
The Gem of the Essays:  The Religion of the Bible
Conclusion

The Rabbinic Bible, the Miqra’ot Gedolot (the Great Readings), was first printed in Venice in 1516, giving the Hebrew text of the Bible surrounded by the Aramaic translation (the Targum) and the Medieval commentaries of Rashi, Ibn Ezra, and others.  A second edition was published in 1525.  These were the Hebrew Bibles the Reformers and early Protestant scholars read and used in place of the Latin Vulgate to translate the Old Testament into the colloquial languages of Europe.

The picture below shows a page from a Rabbinic Bible printed in Poland in 1907, shown on page 1875 of The Jewish Study Bible. 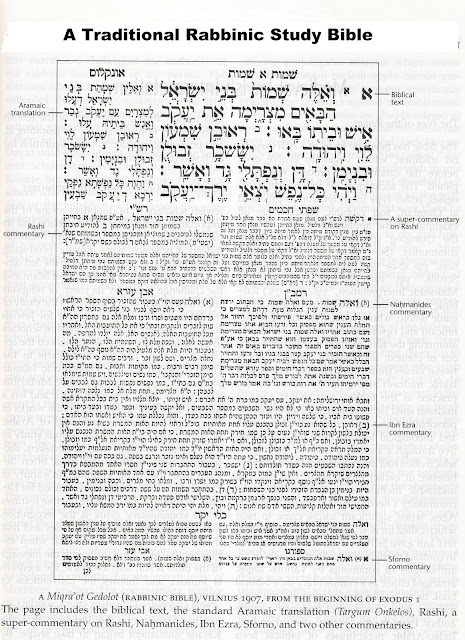 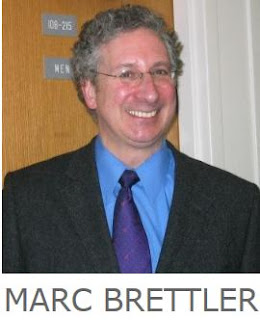 Marc Brettler is a fixture of in .  He did his undergraduate study there with high honors, went on to a Ph.D. in 1986, after which he served on the Brandeis faculty in Near Eastern and Judaic Studies as an Assistant, Associate, and then (1999) as full professor.  He served as Chair of the Department of Near Eastern and Judaic Studies from 2001 to 2006, and as Dora Golding Professor of Biblical Studies since 2001.  He has received awards for outstanding teaching as well as for publications, especially in Jewish adult education programs.
His doctoral dissertation was published in revised form as, God is King: Understanding an Israelite Metaphor (SJSOT, Sheffield, UK, 1989), and later works continued  presenting ancient Israelite writings to modern, historically-conscious, readers.  In the late 1990s he was appointed Associate Editor for Old Testament (excluding Prophets and Apocrypha) of the Third Edition of the New Oxford Annotated Bible (Michael D. Coogan, editor, 2001), and continued in that role for the Fourth Edition in 2010.  This OAB editorial work involved him in presenting serious Biblical interpretation at a popular but academically demanding level.  It also qualified him preeminently for editing a Jewish Study Bible with standards comparable to those of the OAB editions.
Between the two editions of the Oxford Annotated Bibles, Marc published a work aimed particularly at Jewish readers who wanted a critically based introduction to the Jewish Scriptures.  This was How to Read the  Bible (Jewish Publication Society, 2005), which was then republished by for a wider audience and titled How to Read the Jewish Bible, 2007.  This publication is a general introduction to the Jewish Bible, an ideal preparation for reading The Jewish Study Bible.
Marc Brettler’s most  recent continuation of serious Study Bible editing is a joint venture with Amy-Jill Levine, of , The Jewish Annotated New Testament, , 2011.  (The bookseller blurb:  An international team of scholars brings out how Jewish practices and writings [particularly the Septuagint] have profoundly influenced New Testament writers. Too, there are 30 essays on such topics as Jesus in Jewish thought, parables and midrash, and Messianic movements. An illuminating, unusual approach. 700 pages, hardcover. .)
Adele Berlin.  Marc Brettler is only the Co-Editor of The Jewish Study Bible!  In alphabetical order, as listed on the title-page, the first Co-Editor is Adele Berlin. 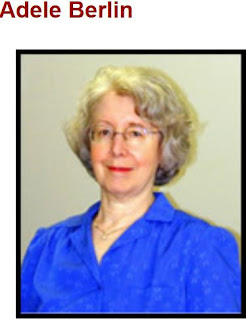 If Marc Brettler is a fixture of , Adele Berlin is a fixture of the .  Having gotten a Ph.D. at the in the 1970s, Ms Berlin was appointed to the English faculty at the in 1979.  There in time she served on “Area Groups” for Literary Theory and Mythology and Folklore, but she also had a joint appointment in Jewish Studies and herself developed the program in Biblical Studies.  She was eventually appointed Robert H. Smith Professor of Hebrew Bible, and has recently received emeritus status.
Early publications were Poetics and Interpretation of Biblical Narrative (, 1983), The Dynamics of Biblical Parallelism (, 1985), and interpretations of the Biblical books of Zephaniah (Anchor Bible, 1994), Esther (Jewish Publication Society, 2001), and Lamentations (Westminster John Knox, 2002).  She served on many editorial boards and in professional societies, being President of the Society of Biblical Literature in 2000.  Among her activities at Maryland, she served as Director of the Meyerhoff Center for Jewish Studies, chair of the Senate Faculty Affairs Committee, chair of the Internal Review of the Women's Studies Department and Program, and she held the position of Associate Provost for Faculty Affairs in 1994-1997.

Serving as an elder statesman for the Study Bible project was the Consulting Editor, Michael Fishbane, who had served on the Brandeis University faculty from 1969 to 1990, and since then has been Nathan Cummings Professor of Jewish Studies in the Divinity School of the University of Chicago.  An early landmark publication was Biblical Interpretation in Ancient Israel, Oxford 1985. 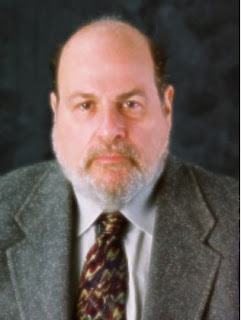 Stephen A. Geller (not to be confused with an M.D. of the same name) is the Irma Cameron Milstein Chair of Bible at The Jewish Theological Seminary in .  He graduated from in 1960 and Jewish Theological Seminary in 1965, later getting a doctorate from in 1976.  His essay shows a maturity in dealing with both literary issues and religious issues also reflected in an early more substantial work:  Sacred Enigmas:  Literary Religion in the Hebrew Bible (Routledge, Chapman & Hall, 1996).  [This book is currently selling online for $107 to $191.]

The basic viewpoint of Geller's essay is stated at the beginning:  "Biblical religion was a minority, dissident phenomenon, always at odds, as the Bible itself states, with the actual religions of the small kingdoms of Israel and Judah" (page 2021).  The whole essay is too complex to easily summarize, but here is its outline:

Biblical Religion, 4 pages
Revolution or Reform?
1.  Monotheism
2.  Centralization of worship
3.  Myth vs. history
4.  Individualism
5.  Text religion and canon
6.  Forms of piety
The Development of Biblical Religion:  From Prophecy to Text , 1 page
Deuteronomic-covenantal Religion, 2 pages
Priestly-cultic Religion, 2 pages
Other Traditions of Biblical Religion, 4 pages
The Liturgical Tradition [Psalms]
Prophetic Tradition in Biblical Religion
The Wisdom Tradition
Conclusions and Synthesis, 2 pages
Conclusion
This review has been mainly descriptive, with only a few evaluative comments along the way.  In case it hasn’t become clear, it is this reviewer’s assessment that this is a superb piece of scholarship and as fine an introduction and reading companion to the Jewish Bible as can be found.  Christian readers can get a better presentation of their own “Old Testament” here than in most books offered by their own confessions.
That assumes, of course, that one is open to a historical-critical reading of the Scriptures.  As the Essay on the Bible in Israeli Life indicated in passing, literalist-fundamentalist readings of the Bible are apt to end up praising violence and warfare as having divine sanctions—because many Biblical texts present God as commanding and sanctioning death and slavery to non-elect human groups.

The Jewish Study Bible, on the contrary, is a beacon of hope because it shows that top-level scholars in all sorts of institutional and religious settings are presenting Biblical traditions in humane, compassionate, and religiously sensitive ways.  It expresses the profound conviction that historical truth is ultimately supportive of the deepest grace and blessing of the God who chose and keeps .
Posted by DrJay66 at 5:57 PM